In this day and age, most people get confused between web development and web design. What is involved in working with web design? Are web design and web development the same? Are they interchangeable terms with the same meaning? The simple answer would be no. The role of each is completely different from the other. But let’s have a look into the different roles and methods, of both a web designer and a web developer.

Think about web designers as those who transform an idea, or a story, into a visually appealing design, and use their layout to build the user experience throughout the whole website. They design the website’s look and feel. As an architect would create a plan of your house prior to starting building it, similarly a web designer would model the layout of your website before a web developer can start developing it.

Web designers have a difficult role which is often underrated. In their designs, they need to integrate the best user experience possible and create a welcoming environment for the user. They have to change an idea from writing, into a usable design and interface that catches the user’s attention. A website cannot be described as great if a proper design strategy wasn’t applied in the early stages of the project. Nowadays, web designers are rated at the same level as web developers, as without a great user experience and design, the development cannot be truly appreciated by the user.

Web designers have built a whole library of strategic techniques for themselves. You don’t just create a perfect website immediately after reading or thinking about the specifications or the features required. You start with a scope — the focus point and the purpose that the website will offer. You would first roughly envision the designs in your head, and start with a sketch or draft of the design. From sketching, web designers move to wireframes, mock-ups, and to the final design. Professional web designers build the whole website in design components, with a pixel perfect layout of all the web pages, icons, typography, and other intricate features.

Main roles of a Web Designer

Back-end developers are those who control the server data and requests. Usually, a website requires back-end services if it contains dynamic data. This means, for example, users submitting a form with personal data (such as creating an account), or saving an article for your blog page. Generally, if the website requires data to be saved, and making it accessible at a later stage, it means that it would also need a database connection. Database connections are made possible by a direct connection from the server itself. Thus, a back-end developer then uses server languages such as PHP or ASP.NET and writes database queries by using languages such as SQL or MySQL. 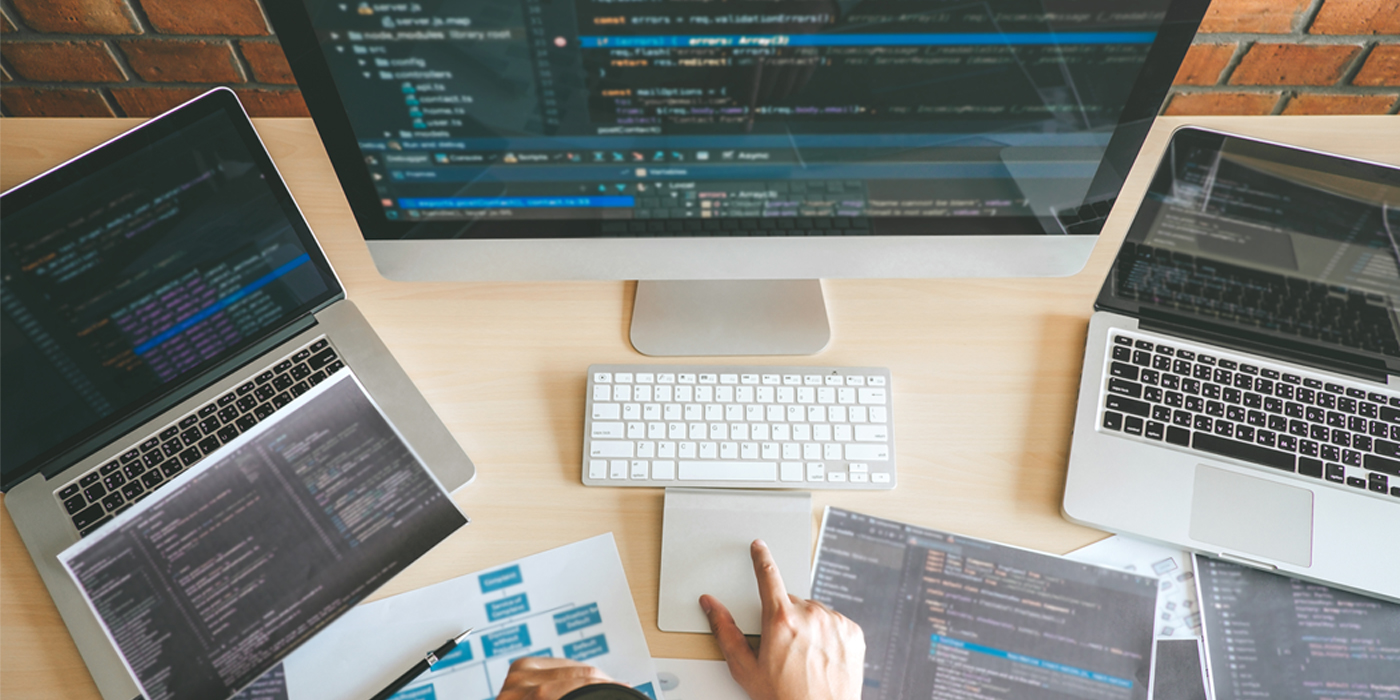 Roles of a Web Developer

What does a full-stack developer do

You now know the differences between a designer and a developer. This is important stuff to know because knowing when to hire each one will make your website-related life much easier.

It’s very hard to find a job as a Web Designer because many companies do not offer a job for web-designer. They just simply ask their front-end developer to design an interface. On the other hand, finding a job as a Web-Developer is very easy, but you need to update your skills with time because the technologies used to build websites update every day and it might be possible that the tools you know get obsolete in a year or so.

As there are not many jobs for web-designers, this affects the salary and other facilities in general. A web-designer is always paid less as compared to a web-developer. However, the salary depends on the organization, the developer, and the developer experience as a whole.

Web Design and Development are two different professions however you do not see too many jobs for a web-designer, but there are plenty of Jobs for a web-developer. A web-designer only deals with the layout of the website, whereas the web developer brings the website to life by writing code using different technologies. Dcastalia has a dedicated web development and web design team that caters to the client’s needs with careful consideration. We believe in curating creative, flexible, and affordable websites that would set you apart from your competition.

Got a project to discuss with us?